Below is Ramghat, the central area of the town of Chitrakoot,
where Lord Râma spent eleven of His 14 years of exile,
as described in the Ramakatha Rasavahini. 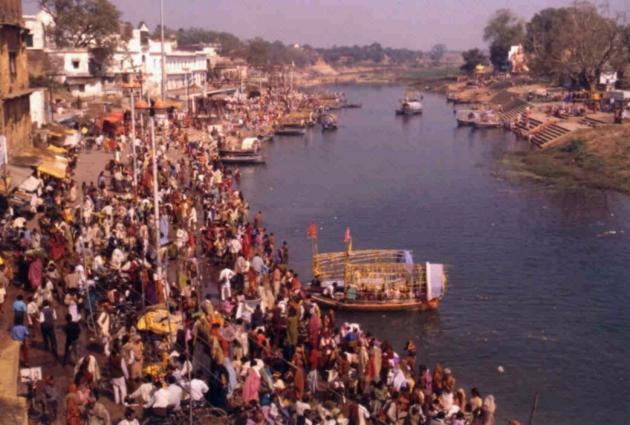 Below, in the lush forest of Chitrakoot is the rock known as Sphatik-shila,
where Lord Râma used to bathe in the Mandakini River.
The rock has a few places painted in orange indicating
Lord Râma's footprint and the sitting place of His wife, Sîtâ.
Nearby is another rock where Lakshmana would sit while guarding Them. 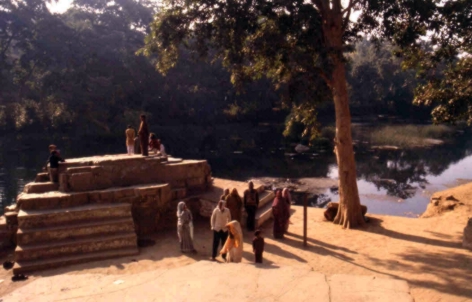 In a most beautiful and peaceful area of the forest,
where the Mandakini is exceptionally clear,
is Janaki Kund, Sîtâ's bathing place.
The stones painted in orange mark Her sitting place
and footprints. A few temples are nearby. 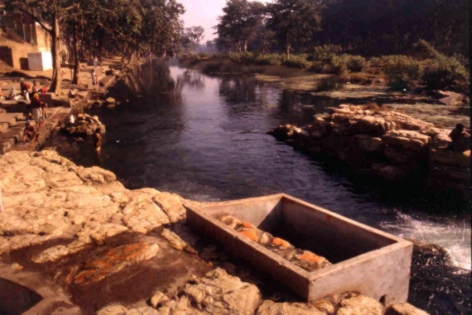